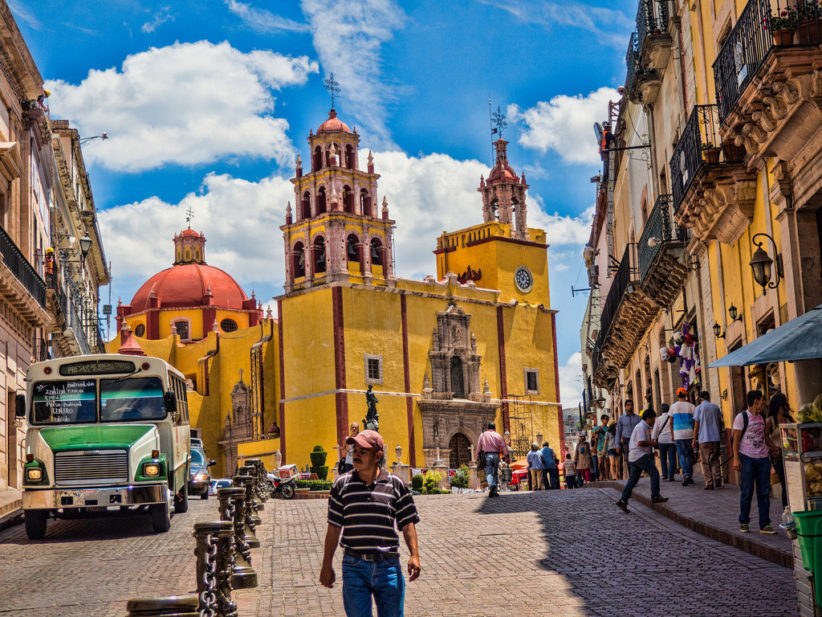 Authorities in the state capital city of Guanajuato are in talks to launch a ‘tourist visa’ which they claim will encourage tourism to the area and allow for wider discounts for visitors.

According to the city’s mayor, Alejandro Navarro, there are hopes that the visa-esque document will be stamped at various tourist sites and also allow for discounts in restaurants, bars and hotels. It is believed to include locations such as the Museum of the Mummies and other leading tourist attractions.

News of the proposed deal comes just one week after the major was quoted as saying he wanted tourists to come to the state capital of Guanajuato on the premise that they had enough money to spend. Navarro continued that the city is not a good destination for tourists who arrived by bus or bought their own food, a report by Animal Politico claims.

The remarks came following the economic assessment of the city which registered losses, although the mayor was quick to point out that all tourists are certainly welcome to the area.

The statements continued to highlight that low-spending tourists contribute to traffic congestion and waste production without spending the required amount. Despite this, however, the city welcomed an income of 107 million pesos over last weekend as a result of tourism.

Plans for the new tourist passport are not designed to limit travel within the city and is believed to be merely for enhanced tourism purposes. It might resemble that of the passport provided to people completing the Camino de Santiago de Compostela in Europe. Although the European trip is considered a sacred pilgrimage by many and the stamps are used to trace a pilgrim’s route to the church, it allows for discounted rates at hostels and food offers and is a key symbol of completing the journey.

The plan is hoped to be introduced before the next tourist high season and could be in full practice by next year. It is uncertain, however, whether the plan will specifically require visitors to get the pass. The report also suggests that the passport issuances have come as a direct result of the controversial remarks the mayor previously made about visiting tourists.

‘‘It is time to take advantage of the boom in which Guanajuato and his server were in the eyes of all of Mexico, ” Navarro was recently quoted.

According to Zona Franca, the mayor promises to protect the city’s interest and that of the residents of Guanajuato. He plans to do this by boosting the economy and generating revenue which will benefit families and reduce crime in the city. It is a state that is not unknown to violence, however, and has seen a spate of attacks and killings this year as organised crime continues to terrorise the country. Just earlier this month the U.S State Department re-issued travel warnings for the country following the killing of a US traveller by cartel members.

Despite the violence, Mexico welcomes thousands of visitors each year and the majority of visits are unaffected.