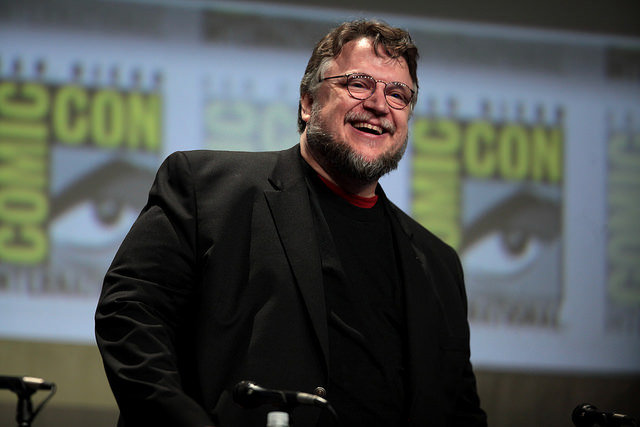 At first glance, the uniquely speckled films of Guillermo del Toro mix the bizarre and the surreal so seamlessly they look like the Latin American canon of magical realism come to cinema. His work’s ability to tie what we would normally see as repulsive on the surface to the universal bond of love, allows us to better understand why and how we feel the latter. The films defy the very medium they are set on by allowing us to look beyond the aesthetic and focus on what lies deeper, which is a characteristic that the Guadalajara-born director attributes to his upbringing.

When asked about his ability to look “into the darker side of human nature” while backstage at the Golden Globes earlier this year, del Toro responded in a way that would make any of his countrymen proud.

“I’m Mexican. No one loves life more than we do, in a way, because we’re so conscious about death,” he said.

Born in 1964 to a strict Catholic household, it didn’t take long for del Toro to branch out and become the rebellious mind that so many movie-goers adore today. He began experimenting with homemade movies at a young age before studying and eventually releasing his first big film, Cronos, at the age of 29.

Part of the three-headed monster of Mexican cinema alongside fellow award-winning friends Alfonso Cuarón and Alejandro González Iñárritu, del Toro is one of the most recognizable directors in the world.

Common in his major films is the proposal of monsters that we can cheer for or relate to, who are in direct opposition to the totalitarian figures of authority. That has led to Academy Award wins for Pan’s Labyrinth (Best Director) in 2006 and The Shape of Water (Best Film) this year. He has won and been nominated for other major awards for Cronos and Hellboy.

While accepting his most recent Oscar for The Shape of Water, a film in which a mute custodian falls in love with a sea monster trapped in the government facility she works at, the director spoke on film’s effect to break down the divisions that manipulators and authoritarians want to impose on us.

“In the last 25 years, I’ve been living in a country all of our own. Part of it is here, part of it is in Europe, part of it is everywhere,” he said during the speech. “Because I think that the greatest thing our art does and our industry does is to erase the lines in the sand. We should continue doing that when the world tells us to make them deeper.”