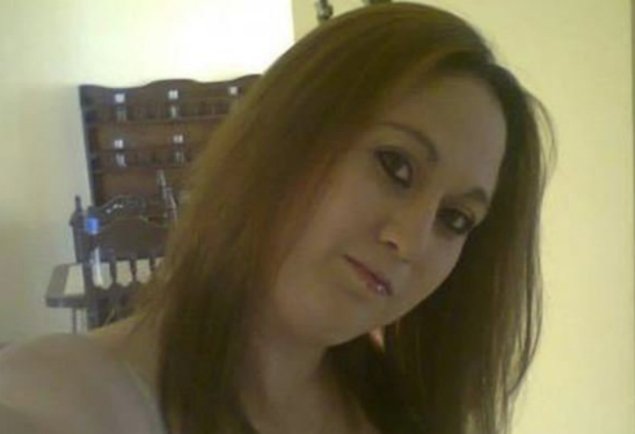 Dafne Mcpherson has been in prison for three years for allegedly carrying out an illegal abortion. This week, however, it has been announced that she will have her case return to court in light of new evidence suggesting that she was not aware that she was pregnant and that she didn’t in order to kill her baby.

In 2015, Mcpherson’s case garnered intense controversy and split opinions both for the events and the irregularities in the trial that resulted in her receiving a 16-year sentence for aggravated homicide. In December 2017, her defence lawyers managed to get a protection order that stated that a revaluation of the case was necessary as they believed the judge and prosecutors were working from a prejudiced perspective.

Mcpherson, 28, was working in the Liverpool department store in 2015 when she started to feel ill.

“I spoke to the nurse, who never answered her extension – I felt as if something had broken in my stomach and I really needed to go to the toilet, but I didn’t have time to sit down, I felt that something fell and I leant back,” explained Mcpherson in the trial. “I started to feel that I was bleeding, I felt dizzy and I sat down. When I turned to look I realised that it was a baby. I was afraid because I didn’t know what was happening, I felt dizzy, I lost consciousness. I don’t remember much.”

Mcpherson was eight months pregnant. However, she was unaware of her condition because she suffered from a hyperactive thyroid, symptoms of which include an increase in body weight and irregular periods.

Animal Politico reported that this occurred around 17:30, but the emergency medical services were not called until 18:10. Even when they arrived eight minutes later, security camera footage shows the guards of the department store refusing to allow them to enter. Instead, personnel from private medical company Ambulancias BEYEM – who defence lawyers maintain did not have the appropriate medical credentials – attended the situation. By the time the emergency services managed to get the woman and child to the hospital at 19:40, the baby had died.

La Silla Rota reported that neither the nurse or the personnel from Ambulancias BEYEM removed the baby from the toilet bowl which could have directly resulted in its death. According to witnesses, during this time Mcpherson lost consciousness on a number of occasions due to loss of blood and the state of hypovolemic shock she was suffering.

On the journey to the hospital, Mcpherson was accompanied by a policeman as she was automatically assumed to have carried out an illegal abortion.

Mcpherson’s defense lawyers hope to reopen the case and attempt to free her after three years of being imprisoned. During the first trial, she was given few opportunities to give her version of the events, and the prosecutors even asked her to stop attending the hearings so she wouldn’t “suffer.” Her lawyer Karla Michel Salas expressed her frustration at this.

“They never thought that it was important to listen to the testimonies of the people they were accusing,” she said, “or that they could communicate with the lawyers, even ask them questions, that is, all the rights available to a person accused of one of the worst crimes, homicide.”

One of the main issues that her defense lawyers have raised  in regards to the case is that they believe it was carried out from a biased perspective, that is, she was considered guilty before even walking into the court. One of the prosecutors even went so far as to compare Mcpherson to a “bitch.”

“If she saw that [the baby] had been born, she would have [got up and taken her baby to a hospital. Because I think that not even a dog would do that, not even a bitch who sees that her child has been born and then ensures that it dies.”

Mcpherson was sentenced to 16 years in prison. Liverpool department store got a 30,000 peso (around US$1,500) fine for negligence, and the lawyer was suspended for 30 days.

The new proof that the defense lawyers will bring to the hearing is that the one of the statements in the original case was from a psychologist “who didn’t even interview Dafne,” and from a forensic doctor “who isn’t a specialist in gynaecology, and the Protection Tribunal recognised that he had biased gender prejudices in the way he acted.”

The defense will instead bring in a gynaecologist to explain that the birth was an emergency and couldn’t be prevented, as well as showing security cameras that give evidence of “the negligent actions of the Liverpool staff and the paramedics who attended her.” Lawyer Héctor Pérez added that the medical personnel at Liverpool “didn’t have qualifications that allowed them to carry out that job.”

Michel Salas explained to Animal Politico that this new evidence could have positive consequences for all the cases of women who have been imprisoned for carrying out abortions by ensuring that gender-biased evidence used in the trial is not taken into account.

“This case could establish a juridical route so that unfairly imprisoned women can be freed,” she said. “The Justice system of Querétaro has wasted personal and economic resources in trying to incriminate Dafne, the same resources that they should be using to investigate other crimes such as sexual abuse or femicides.”

However, Diario de Queretaro reported that the Attorney General of the state, Alejandro Echeverría, said that during the new trial they will maintain the accusation of homicide against Mcpherson. This means that Echeverría will have to prove that none of the actions of accusations carried out against Mcpherson had any kind of gender bias.

This high-profile case has caught the attention of various human rights and social activist groups that maintain Mcpherson’s innocence, stating that she is a victim of obstetric violence. The Twitter handle #DafneLibreYa (Free Dafne Now) has followed the case, and which has recently re-exploded across social media.

The trial is expected to begin in December.

Querétaro is one of the states in Mexico with the most restrictive laws on abortion, which is only considered legal in case of rape, but abortion remains a severely limited procedure. It is only in the capital of Ciudad de Mexico where an abortion can be carried out as a result of the woman’s choice, a law that was introduced in 2007. It is estimated that hundreds of thousands of women a year flock to Ciudad de Mexico in order to terminate unwanted pregnancies.

Number of UNAM students amongst victims of organised crime, disappearances and femicide this year