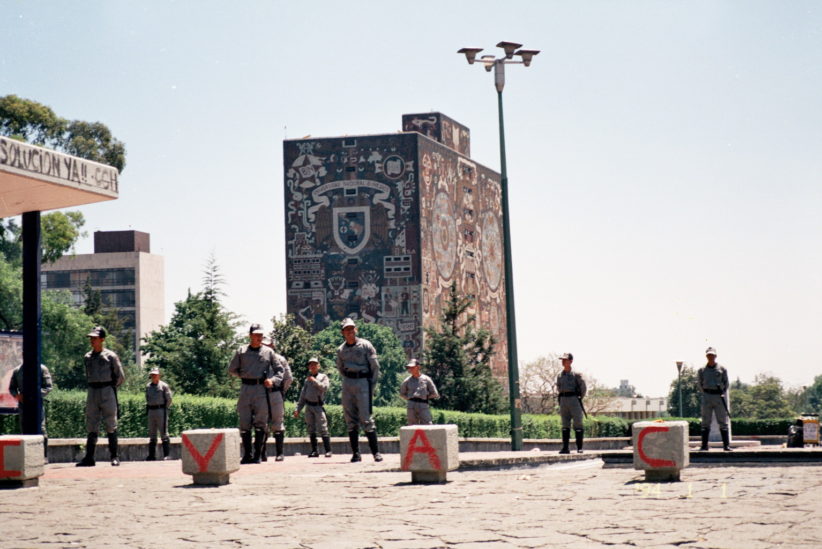 María del Rosario Pérez García, who was studying accounting at the university had attended a party on Saturday evening and is believed to have lost contact with her family in the early hours of Sunday, reported La Jornada.

According to statements from her family, Pérez had sent her location to a family member via phone earlier in the evening and was identified as being in the Santa Martha Acatitla neighbourhood in Iztapalapa. After hearing nothing from the student, her brother and father went to her apartment and raised the alarm after discovering she wasn’t there. According to Animal Politico, during the night another call to the woman’s phone was allegedly answered by what sounded like two men before being abruptly cut off.

Maria’s body was found in the Ciudad Lago neighbourhood of Nezahualcóyotl on Monday morning. Based on reports from the prosecutor’s office, she had suffered injuries to her face and body.

It is not the first time that a UNAM student has become victim to violence this year. Back in May, 21-year-old Mariela Vanessa Díaz Valverde disappeared, leading to calls from family members for more support from the university faculty in helping their search. Her whereabouts remain unknown.

News outlet Proceso also points out that as recently as last month a body was found in the vicinity of the University Cultural Centre, yet the cause of death remains unknown. The burnt body of Miranda Mendoza, aged 18, was found a month earlier in August and in April a student was violated in public in the municipality of Naucalpan.

It contributes to what appears to be a long line of violence in the State of Mexico and comes alongside increased demands by university students for increased safety measures both by authorities and university officials.

The investigation into Pérez’s murder continues, as the family calls for the case to be brought to justice. Although there is no motive determined just yet, the murder comes alongside reports of increased femicide taking place across the country. In just one area of Edomex, a gender alert was launched in 2015 and remains in place as a warning of high aggression towards women as well as disappearances and murders. According to Publimetro, the reason that the total is just 168 cases of femicide – in a year that witnessed thousands of murders across Mexico – actually went to trial, and only because these cases were brought to light as a result of media pressure and citizen organisations. This is combined with a strong tradition of impunity which reveals a number more cases go unreported and unsolved.

Recent waves of violence have led to many student protests in demand of increased protection around campus and wider around the city. The faculty have since condemned Perez’s murder.