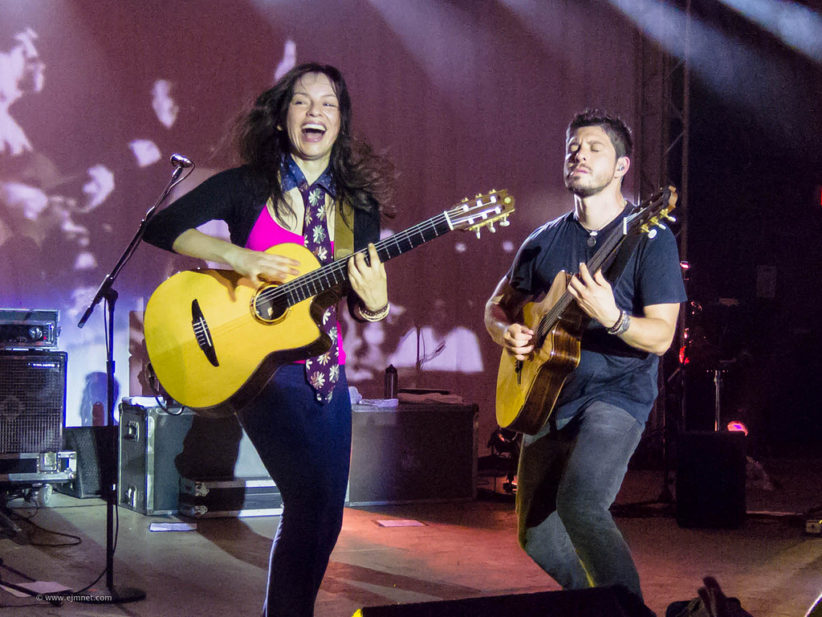 The dynamic Mexican duo known as Rodrigo y Gabriela redefined the standard of flamenco in the early 2000s. Originally from Mexico City, Rodrigo Sanchez and Gabriela Quintero first met at ‘la casa de la cultura’ (House of Culture) at the young age of 15. It was here they began to share their similar backgrounds, both coming from middle-class families, and their musical likings for jazz, flamenco and rock, but- more importantly- what brought them together was their shared affinity for heavy metal music.

As the two began to bond over the Metallica, Led Zeppelin, Megadeth and Overkill, the two began a relationship that would last beyond romance. The two fast-fingered guitarists combined their talents to form their first group, Tierra Acida and began recording an album. Due to the lack of recognition, success was not found and their album was never released. Though this frustration fueled their concentration to broaden a greater variety of guitar styles, the pair highlighted bossa nova covers in hotel bars. This eventually lead to a sense of stagnation. Bored of the typical crowd-pleasing covers, Rodrigo y Gabriela decided to try their talents in Europe.

With an invitation of hospitality from a mutual friend, the two found themselves in Dublin with an invitation to stay at a friend’s place. Knowing very little English and having even less money, Rodrigo and Gabriela resorted busking on the streets; letting their guitars do the talking for them. Here their multi-influenced style began to shine. The fiery Mexican duo’s unique style straddles the influence of timeless Hispano with aggressive string percussions. Their most notable characteristics are fueled with fire and passion, said to come from their lifelong love for heavy metal. When busking seemed like their only option now became their most notable move in enhancing their reputation.

Soon, fellow busker, Damien Rice, asked the pair to join him on tour. As one could guess, this was one of the distinct breakaway opportunities for the two fiery Mexicans. Rice soon introduced Sanchez and Quintero to music manager, Niall Muckian, who simultaneously owned the record company, Rubyworks, in Dublin. With a large repertoire of original material they had compiled while busking on Gafton Street, Rodrigo and Gabriela put out a 9-record demo called Foc within the first half of 2001 as a chance to show off their instrumental mastery, covering a wide variety of styles. As popularity gained traction, they re-recorded the demo, now Re-Foc, in 2002 which featured vocalist of their Irish friend, Lisa Hannigan.

In 2006 they released their third album, Rodrigo y Gabriela, beating the likes of the Arctic Monkeys and even Johnny Cash for the Irish Albums Chart #1 spot in 2006. Later that same year, the duo made their national debut on The Late Show with David Letterman, performing their critically acclaimed original work, “Diablo Rojo”. Not long after that, the momentum of international recognition landed them a feature on the pilot episode of AMC’s Breaking Bad with their most recognized song “Tamacun” in 2008. Two years later, this was followed by an international tour in 2010 where they performed at the White House for President Barack Obama. An incredible achievement from only years before they were foreigners who didn’t speak the language and expressed their musical talents on the street to earn enough to keep going.

While Rodrigo y Gabriela have never forgotten their roots of heavy metal rock, the Mexican pair find their musical identity in nuevo flamenco. If this article has intrigued you and you wish to catch the magical Mexican pair in a live performance- you’re in luck! Rodrigo y Gabriela are back in tour, visiting states across the US. Check out upcoming dates HERE!

Murder in Veracruz: Is enough being done to protect Mexico’s transgender community?