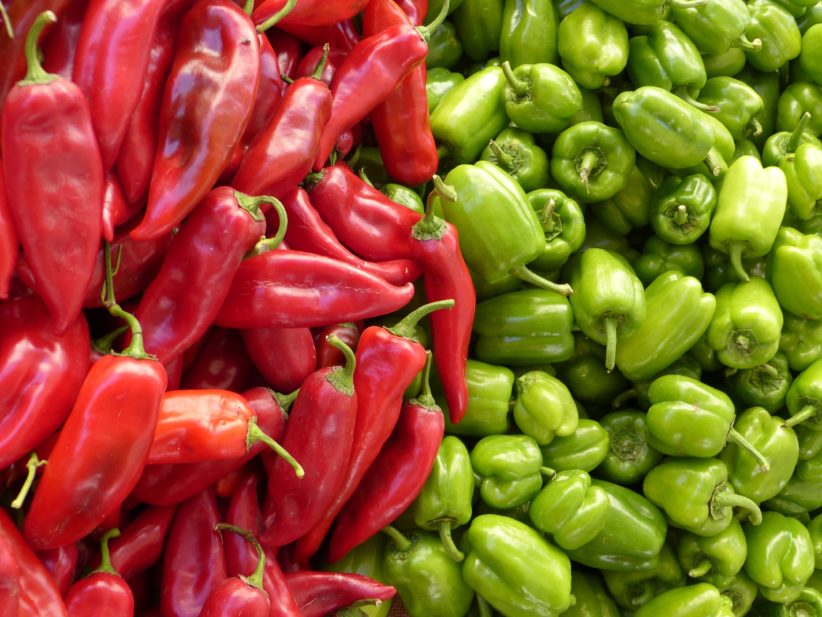 Chilis are the undisputed iconic fruit of Mexico, yet underneath its colourful shell surprises may await. Pepper your next smalltalk at the taco stand with some of these random facts on our favourite hot spice.

1 Chilis may save your life

More immunity than Ex-President Nieto: One fresh chili could boost your immune system as much Vitamin C as six oranges, according to the Chili Pepper Institute at the New Mexico State University. Chili has also been used in many countries as a traditional medicine to help to cure a sore throat, or – paradoxically, given the natural reaction that most have to spicy food – as an alternative therapy for swelling and pain. But according to new research, the spice seems much more potent than that: A recent report from Time magazine suggests that eating spicy food will give you a 14% reduced risk of death and slow the growth of cancer cells.

If you partake in a chili eating contest, you will probably be braced for some pain. Yet recently a man that ate a Carolina Reaper, named the world’s spiciest chili by the Guinness book of records was subsequently experiencing headaches so excruciating that he had to get hospitalized.  Termed “Thunderclap” headaches, the crushing pain comes from a sudden tightening of the blood vessels that supply the brain, the hospital staff explained to the media. Apart from this acute case, the jury is still out whether consuming chilis in large quantities is really entirely safe in the long term. While much attention is focussed the potential cancer-healing properties, there is also a suspicion that it may increase the risk of skin cancer or cancer in the digestive tract.

2 … or combined with Cocaine

While the chili pepper might be the next ‘superfood’ frenzy, concentrated chili extract as used in pepper sprays may cause a risk to humans. The sprays are commonly only allowed on animals, or in emergency defence – for good reasons, it seems: In Switzerland, pepper spray has been suspected of being responsible for a death of a man after police forces had used the spray on him. While the exact reasons for his death are unclear, the report points out that Capsaicinoid, the sharp ingredient of the spice, can have a dangerous side effect if combined with different medications or drugs. Accordingly, researchers from the California Pacific Medical Center Research Institute showed that chili peppers are cross-reacting with cocaine and may dangerously intensify its reaction. Furthermore, people who suffer from respiratory diseases such as Asthma or weak cardiac systems should not be exposed to pepper spray loaded with the potent spice.

3 Chili Pepper Bitcoins are a thing

Agrocoin, a brand new cryptocurrency that was launched earlier this year, allows investors with a taste for the spice to invest in Mexican Habanero chilis. Every 500 pesos of the blockchain-backed digital token are backed by one square meter of chili production in Yucatán. The inventor of this spicy foray in the digital era, Amar Hidroponia, is the largest Mexican producer of this variety, earning the company the nickname “El Rey” (The King) of Habenero.

Yes, there are ample reasons to be suspicious of any nutrition trend that contains the words ‘fat-burning’. Yet hot chili peppers have long been marketed to help to burn calories by speeding up the metabolism. Now researchers from the Biotechnology Institution of Mexico’s UNAM university have found that a particular molecule may inhibit the excessive production of fat cells that causes obesity. The substance called adipocite yet needs to be tested on humans, but has already helped to reduce fat cell in a rat, the researchers claim. Whether this will convince sceptics or not, chilis might already be part of their beauty routine without them noticing: Oleoresin, the colour extracted from very red chili peppers, is a popular ingredient for turning lipsticks glaring rojo.

Love it, hate it, or love to hate it: Just like humans, nature finds it difficult to feel neutral about chili. The spice keeps away pests, bacteria, fungus and all kind of animals, which makes the pepper an all-popular natural pesticide. It is also mixed in the shell of cables or marine paint to safeguard against bites or biodegradation. However, one species seems undeterred: Wild chilis are actually spread in nature through birds that snack on the colorful peppers. In fact, they are oblivious of the sharp pains that humans would experience trying the same – birds do not have receptors in their mouth to feel the heat.

Mexican mayor assassinated on the first day of the year